Bordered to the north by Scotland, to the west and south by the sea, and to the east by/tourist-guide/pennines the Pennines and the Yorkshire Dales, Cumbria is as secluded a part of England as you can get. Steep mountains and deep lakes dominate the interior of the county, with the landscape being formed during the last Ice Age. The area is marked by centuries of fighting between England and Scotland, with abandoned castles and fortified houses littering the countryside. There are other older relics demonstrating a much older occupation in the shape of stone circles and other prehistoric monuments. Modern day Cumbria has welcomed tourism and developed a huge network of trails and paths to cater for the large number of walkers and hikers who flock to this visually stunning area.

If you prefer a more sedate lifestyle, then you can chug peacefully along some of the largest lakes on steam powered launches, or pursue the literary heritage of the county, following in the tracks of William Wordsworth, Beatrix Potter, and Arthur Ransome. There are lots of holiday cottages in Cumbria and the choice of self-catering is wide and varied (hot tubs and lakeside launches - if it takes you fancy?) with so many special places to stay and visitor acctivities and attractions.

On the northeast edge of the Lake District National Park, the town of Cockermouth rarely receives the number of visitors its beauty should attract. Founded by the Normans at the junction of two rivers, they threw up a decent sized castle, and the town expanded on the back of the iron ore trade. As a result this market town has some fine Georgian houses, Wordsworth's birthplace, and the Lakeland Sheep and Wool Centre, which puts on daily displays of sheep-shearing, dog-handling, and various other sheep-themed shows. Beneath the Cockermouth castle walls is the Jennings Brewery, the last independent in the area. Founded over 160 years ago this firm still uses the same methods as when it started and is supplied with its water by the Castle well, which helps to give the beer its distinctive flavour. There is a good tour with the promise of a decent tipple at the end. Cockermouth self-catering cottages vary from country cottages to idyllic holiday cottages near Cockermouth with log fires. 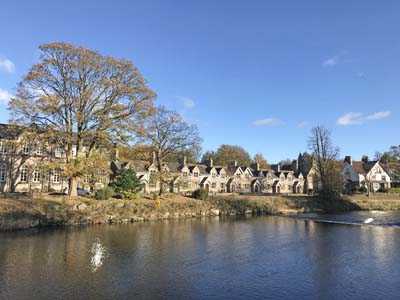 On the eastern side of the mountains the landscape is much more benign, littered with small towns, wild moorland, and the county's only city, Carlisle. Originally established by the Romans as their main base at the western end of Hadrian's Wall from the remains of an old Celtic camp, the town became their main administrative centre for the north east of the province. Carlisle changed hands many times over the centuries, occupied by all and sundry, until 1092 when it became English once and for all. The English reinforced the town over the next few hundred years to keep out the marauding Scots, and as a sally point to counteract the pillaging of the Border Reivers. These Reivers were families from either side of the border who became a law unto themselves with their sheep rustling, looting, highway robbery, and general lawlessness. This part of the countryside, on both sides of the border, is peppered with small castles and fortified farms. It wasn't until the unification of the monarchy in 1603 that order was restored, but that did not stop them giving the words 'blackmail' and 'bereaved' to the English language. 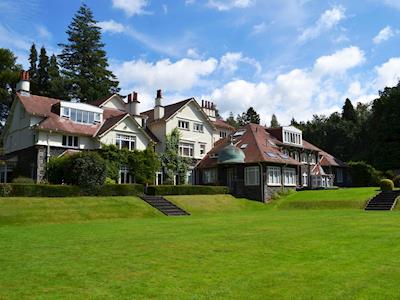 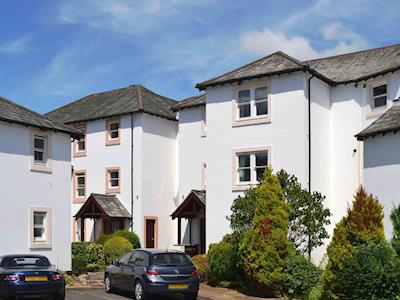 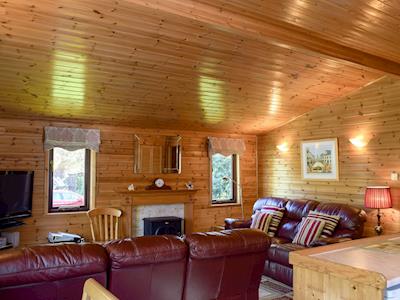 Cottage with dogs allowed in Keswick with 3 bedrooms, sleeps 6. Pub within 1 mile, Short Breaks All Year. 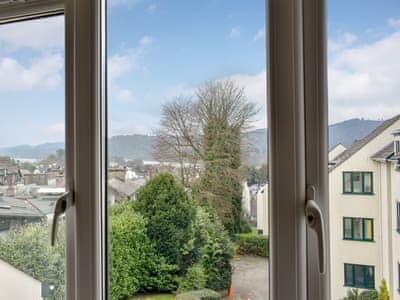 Cosy cottage in Bowness-on-Windermere with 1 bedroom, sleeps 2. No pets. Pub within 1 mile, Short Breaks All Year.