A self-catering holiday cottage in Cornwall with the family or a group of friends is the perfect way to have some serious fun and totally recharge, whatever the time of year. There are outdoor activities for everyone plus a whole range of visitor attractions including the famous Eden Project, a global garden for the 21st Century. The Cornish towns of Falmouth, St Ives, Newquay, and Padstow are great places to rent a self-catering cottage, and all have much to offer in terms of art and culture, heritage and history along with great pubs and fine restaurants.

A holiday in Devon is full of contrast - from some of the most stunning coastlines and beaches in Britain to the wilds of remote Exmoor and traditional rolling hills. Devon's diversity is also reflected in the towns and villages that make up this unique area of England. Devon caters for every type of visitor, whether you prefer sleepy hamlets hidden amongst the rolling hills, traditional market towns or vibrant coastal resorts offering a wide range of amenities, Devon will not disappoint for a self-catering holiday!

The stunning county of Dorset boasts rolling hills, breathtaking countryside, beautiful villages, sandy beaches and a coastline so unequalled that it has recently received World Heritage status. Bournemouth is a vibrant city, with beautiful sandy beaches, gardens, shopping, night life and entertainment for holiday makers staying in a holiday cottage near Bournemouth. Poole has the second largest natural harbour in the world and Dorchester is at the heart of Thomas Hardy country. Dorset has a great range of holiday cottage rentals - and there are lots of picturesque thatched cottages to hire in this lovely part of England.

Perhaps you'd like to walk the impressive Coast Path, cycle one of the many trails or experience the beautiful unspoilt countryside on horseback. Whatever you enjoy, from surfing to micro-lighting, you'll find places to go and all the best outdoor activities if you are renting a self-catering cottage in the West Country. The World Heritage Sites of Bath, the Jurassic Coast and Stonehenge are just some of the many historic places you can explore whilst on holiday in the South West of England. Visit castles, forts and stately homes; and wander through the beautiful and historic gardens. Walk across the moors and find prehistoric stone rows or search for fossils on the beaches of Cornwall, Devon and Dorset. Nature holidays in South West England include the National Parks of Dartmoor and Exmoor, 14 Areas of Outstanding Natural Beauty and over 600 miles of dramatic English coastline. 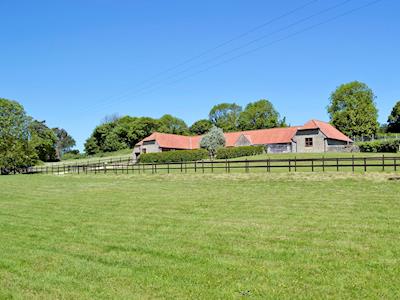 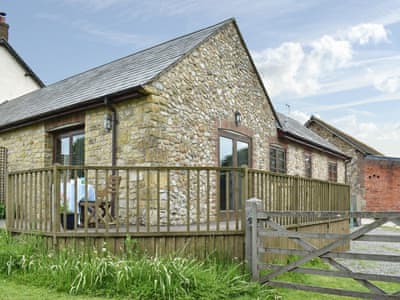 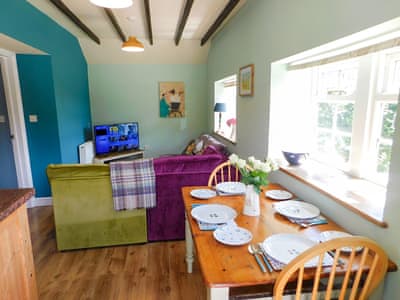 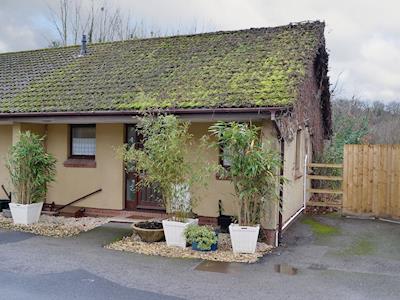 Self-catering in Somerset - the perfect base in South West

Somerset is predominantly an agricultural area with diverse countryside and unspolit scenery. The towns and cities are most interesting with attractive villages and hamlets built mostly of local stone. There are many manor houses dating from Tudor and Georgian times and churches of great architectural merit. As a World Heritage Site, Bath has some of the most famous architectural masterpieces in Europe such as the Roman Baths and Pump Room, Royal Crescent, Bath Abbey and Pulteney Bridge. Visit Somerset for a self catering break and enjoy the peace and tranquillity alongside the rich cultural heritage - there is lots of vacation rentals in Bath and the Somerset countryside.

Bodmin is in the centre of Cornwall, the most South Westerly English County, making it an ideal base to visit the rest of the county. Great walking on Bodmin Moor and some great local attractions

A large resort town on the coast of Dorset, half way along the South Coast. Miles of beaches, Cliffs and a thriving Town, Bournemouth is more than just a seaside town. Close to Poole and close to the Jurassic Coast to the East

Between the New Forest and Bournemouth, Christchurch was founded as a harbour but has grown into a large conurbation. 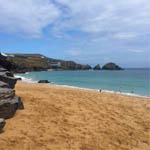 Cornwall is in the far South West of England. Quite a large county and a favourite holiday destination ,with a rugged interior and coastline facing either the English Channel or the Irish Sea. It has some notable beaches and villages.

A National Park, Dartmoor includes the largest area of granite in the UK, and help create the well know ‘Tors’ or rocky outcrops on top of hills. Moorland, with sheep and ponies roaming, Dartmoor also has a mythical history but this does not put people visiting it for its beauty

Between Dorset and Cornwall, Devon has a north coast featuring Barnstaple,Ilfracombe and Bideford. The south coast has Salcombe, Torquay and Exmouth. In between the coastlines is the famous Dartmoor National Park

Sidmouth is close to Dorset and a lovely seaside town. Further south is Exmouth – across the Exe is Dawlish. This leads onto the main resort of Torquay and Paignton. Brixham is a traditional fishing village. Dartmouth is at the mouth of the River Dart and home to the Naval College. Salcombe is a popular town with sailors. 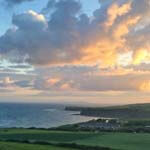 To the west of Hampshire and East of Devon, Dorset sits on the south Coast and has some stunning coastline from Studland , Lulworth to Weymouth and on to Lyme Regis. Inland there are also some fantastic places to visit such as Shaftesbury, Dorchester and Blandford Forum, which are typically English market towns

Dominated by the Jurassic Coast, Dorset has some stunning coastline, with sandy beaches at Studland to cliffs along Lulworth and some great seaside towns and resorts such as Bournemouth, Weymouth and Swanage.

From Exmouth to Studland The Jurassic Coast is a World Heritage site with ancient geology culminating in arches, pinnacles and stacks. Lulworth Cove, Lyme Regis and Swanage are all part of the coastline. Many London buildings are built with Portland stone from this area.

Bordering Hampshire and the New Forest, East Dorset is a lovely part of the world and its main towns are Wimborne and Blandford Forum

Torbay includes Torquay, Paignton and Brixham. Three towns, linked together and nicknamed the English Riviera. However they are all distinct but enjoy a sunny outlook which makes them a very popular holiday destination

A cathedral City a few miles inland from Exmouth, Exeter is an ancient city settled by Romans. A religious centre the city has evolved into a business centre for the region.

Hilly open Moorland in North Somerset and Devon, Exmoor used to be a Royal Forest. It is now home to sheep and ponies and is popular with hill walkers

The author Thomas Hardy is of Englands most famous writers and many of his works is set in ‘Wessex’ which is various parts of the South West. Many towns and regions claim to be inspirations for locations, but really Dorset, Wiltshire, Somerset and Devon have the most representation

Exmouth is at the head of the River Exe and is on the western boundary of the Jurassic coast. Budleigh Salterton, Sidmouth, Seaton and Lyme Regis are towns nestling by the coast with cliffs rising up on either side

Cornwall is a large county in the South West and the Northern area faces out towards the Irish Sea and has some fascinating geology resulting in some great coastlines. Bodmin, Launceston and Camelford are some of the larger towns

Barnstaple,Ilfracombe and Bideford are the main towns on the north coast, but Lynton and Martinhoe are famed, more for the steep descents to get to them. Part of Exmoor is also in North Devon

Padstow and the Lizard Peninsula

One of the most well know towns in Cornwall and rightly so. A Fishing port on the north coast of Cornwall on the River Came, Padstow is a really popular holiday destination and there is a ferry service across the bay to the very popular Rock, another favourite town.

The Scilly Isles are a series of small isles 30miles south west of Cornwall. They have been noted back in History before the Romans and are a throwback to simpler life! Ornithology and cut flowers are two important aspects to life here as well as some beautiful beaches

On the far south western tip of England the South Coast of Cornwall has a large area of coast looking out to the English Channel and beyond. Beaches, cliffs, harbours, villages

The Isle of Purbeck is technically an Island but doesn’t feel like one. South Dorset starts from the lovely town of Wareham and goes past the famous Corfe Castle to Swanage and Studland. If these places aren’t enough then just further West id the famous Lulworth coast

Poole, Poole Harbour and Bournemouth make up South East Dorset and is very much all about the sea! Bournemouth is a traditional seaside resort whilst Poole has its own unique character

The Tamar Valley forms the border between Devon and Cornwall and runs from close to the North of Cornwall all the way to the English Channel at Plymouth. It is an Area Of Natural Beauty and is an area of special Interest

Half way up the southern coast of Cornwall is the Roseland Heritage Coastincluding the towns of Truro and Falmouth. Falmouth is the largest port in Cornwall and is also popular for leisure sailing. There are many fine beaches and interesting inland countryside

The most western part of Cornwall includes Lands End as well as Penzance, St Ives and Helston. St Ives is now a popular seaside renowned for its Art and beaches.

Next to Devon, this part of Dorset has Dorchester, Sherbourne as its main towns. They are all historic market or coastal towns. Lyme Regis is by the seaside and was the setting for a famous Hardy film

On the mouth of the River Wey, Weymouth is a tourist centre with its harbour making it a popular watersports centre. The Isle of Portland is to the South and Weymouth is protected by Chesil Beach, a long shingle Bank