North Yorkshire is the largest of the county's four districts. The Industrial Revolution scarcely got a foothold in this part of the county leaving it virtually free of the wool and cotton mills, and the coalmines that scar the landscape to the south. This is almost entirely farming country, and the towns in this district service the farmers and their produce, as well as being hospitable to the numerous visitors who flock here to sample the scenery, the architecture which was built on the back of the enormous wealth that the wool trade brought in, and the ancient city of York.

The Romans arrived here first, and in 71AD they set-up the first fort called Erboracum as a safe haven for their troops. In due course the local tribes gravitated to this and expanded the settlement and soon this became a sizeable town. When they left, the Anglo-Saxons arrived and made this the capital of their Kingdom of Northumbria. A couple of hundred years later a priest called Paulinus turned up and promptly converted the heathens to Christianity, and in 627 AD the first wooden church was built, and soon the town was attracting students from all over Europe as a major seat of learning. In the 9th century the Vikings invaded. They chucked out the students and the priests, and proceeded to settle down to a less frantic life style, and turned Jorvik, as they called it, into a thriving port. King Eadred of Wessex was the next to arrive. He got rid of the Danes and united England into much of what it is today. After 1066 the people of now York didn't take too kindly to the arrival of William the Conqueror and rebelled against him. King William didn't take too kindly to this and torched the entire city and Durham and much of the surrounding area. To give them their due the Normans rebuilt the city and set about starting to construct the new Minster, and over the next 300 years the city prospered on the back of royal patronage, the textile trade, and the church. When the town of Hull took over as the main trading port for the region, York fell back on its other role as the main city in the north of England. It was not until the late 18th century that the city returned to being a fashionable centre, rather than an administrative office, thanks, in part to the new racecourse. Finally, with the advent of the railway in 1839, thousands of people flocked to work in the new industries that supported it. Now that the car has supplanted the train, York is now largely dependent on the tourist.

York positively reeks of history, culture, and heritage and is looked upon by many visitors as an exact image Olde England. It has a labyrinth of narrow streets within the 13th century city walls, and at the heart of this is the huge Gothic cathedral, one of the most beautiful and awe-inspiring in the world. It is Britain's largest medieval cathedral and the minster dominates the centre of York. Building was started in 1220 and finished, 260 years later, in 1480, and it manages to display all of the major developments in European architecture during this period. The central tower is well worth climbing if you can stand the 275 steps to reach the top, but the view from there is quite amazing. The Great East Window, behind the altar, the choir, and the Lady Chapel, is the largest medieval stained-glass window in the world. It is approximately the size of a tennis court. The chapter house, built in the Decorated style, is a wonderful example of stone carving, and there are more than 200 expressive heads and figures incorporated in the detail. Under the south transept are the undercroft, the treasury, and the crypt. This is not an area to miss as it shows the construction methods used over the various incarnations of this most extraordinary building.

Around the minster there are some beautiful buildings including St William's College, a half-timbered Tudor building constructed to house the minster's chantry priests, and the Treasurer's House. This was the minster's safe deposit box and housed a wide variety of artifacts, and although substantially rebuilt in the 17th and 18th centuries, the property has an excellent collection of period furniture and gives a good insight into 18th century life. On the other side of the minster you can get up onto the city walls using the steps at Bootham Bar and walk round clockwise to Monk Bar, which is the best preserved of the gates and has a museum dedicated to Richard III.

The much-vaunted Jorvik attraction sounds great; an interactive smells and all look into life in a Viking settlement. You are trundled through the exhibits in a 'time-car', past fibreglass figures speaking a weird language. There are some interesting artifacts but mostly this is rather disappointing; fun for children, but the queues are long and it is not really worth the wait.

Much more fun and enlightening is the Transport Museum. Most of these places are normally filled with duffle-coated, notebook wielding, spotters, but this is the exception that proves the rule. This Museum is crammed with engines of all ages, and carriages, including some from the royal trains used by Queen Victoria and her son, Edward VII. There is the Mallard, still the world-record holder for a steam engine, and a Japanese Bullet train. The highlight is a simulator, which allows you to travel from London to Brighton at supersonic speed; the 60 odd miles takes you only four minutes. Wow!

There are loads of other attractions in York including a 10 acre city centre park, an observatory, various ruins and museums, the York City Art Gallery, which has permanent exhibitions featuring works by Nash, Reynolds, Lowry and many others, various churches, and Fairfax House, a Georgian property featuring the best example of Rococo stucco work in the north of England. To the north of here is the Shambles, a cobbled area with over-hanging Tudor buildings; very charming, except for the hoards of people buying any old tat. York has a variety of walks for all types, including one for ghost hunters, and there are trips on the river Ouse as well.

Outside of York is the breathtakingly lovely Castle Howard. This mansion is instantly recognizable to countless millions as the house from the 1980s TV production of Brideshead Revisited, in which it had a starring role. The house was designed by Sir John Vanburgh, of Blenheim Palace fame, and built by Nicholas Hawksmoor, and started in 1699. This is a marvelous example of Baroque architecture at its finest, and the interior is stuffed full of treasures. The surrounding parkland is littered with other buildings, such as the mausoleum, and the temple of the four winds, and the views up to the hills are as good as any.

Accommodation in York is extensive and to suit all pockets, from 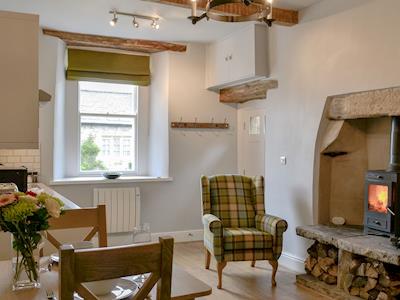 Small cosy holiday cottage in Giggleswick, near Settle with 1 bedroom, sleeps 2. No pets. Golf nearby, Pub within 1 mile. 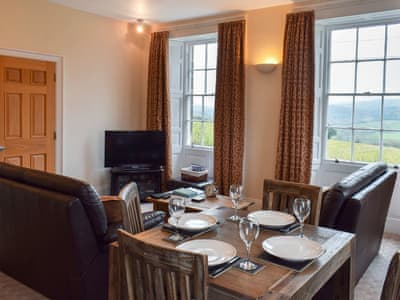 Cottage for two in Sleights, near Whitby with 2 bedrooms, sleeps 2. No pets. 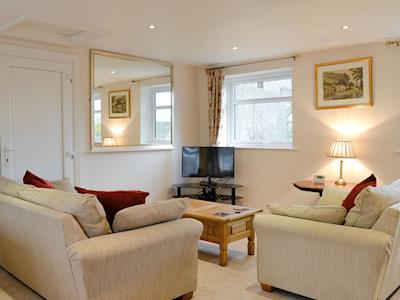 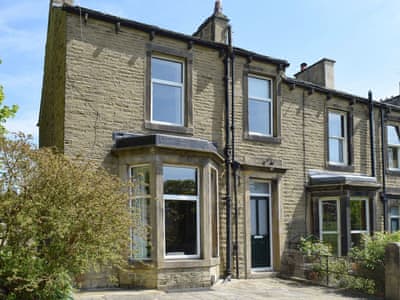