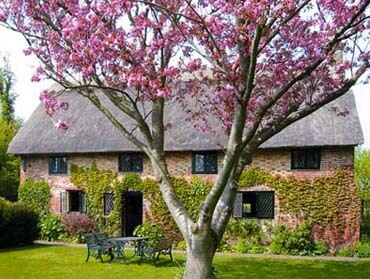 This charming, 16th century ex National Trust thatched cottage is situated in its own private garden with lovely views only half a mile from the pretty village of Alfriston and just 3 miles from the sea. The area is rich in history and there are many places of interest and family attractions to...

Visiting Alfriston in East Sussex, things to do!

The cottage holiday fan will be very much at home in this beautiful area. Aside from St Andrews Church, the thatched-roof 14th Alfriston Clergy House (with garden and shop) is worth a visit as a rare 14th century ‘Hall’ House. It was the first building the National Trust of England and Wales acquired back in 1896! There are also several other superb attractions to visit while on vacation within easy travel from the village, including Drusillas Park and Zoo, Middle Farm, Arlington Reservoir Nature Reserve (and fishery!) and the Rathfinny Wine Estate. Head towards Eastbourne for the beach and south downs walks!